I was talking to a friend of mine on the internet yesterday. She’s in China, on an internship and seeing family; I’m in Paris, tagging along with the rest of my family because my father is giving a paper at a conference here. My friend asked me how it was being back with my family after not having seen them since January, and I responded that it’s much the same. It’s as if the last six months—or, indeed, the last two years—have never happened. Whenever I see my family after protracted absences, it’s as if I’ve never left, and it’s awfully strange to think of their lives going on as normal when I’m not there for most of the year. We transition so easily back to our routine from when I was in high school.

I’ve felt that in particular these past few days, since we landed in Paris on Sunday morning. As we sightsee, I’m reminded of our London trip, or our eastern Canada trip, or our Boston trip, or any of the other trips we’ve been on as a family, spurred by an academic conference or not. As we walk (and walk, and walk!) to various sites of interest (Notre Dame, famous philosophers’ houses, the falafel shops of the Marais, Shakespeare and Company), we habitually fall into a constantly mutating set of pairs: I walk either with my mother, or my father, or my sister, and the other two family members walk some distance ahead or behind us. We alternate between trying to disguise ourselves as Europeans and shamelessly flaunting our map and guidebook. We wake up and go to bed early, by my college-student standards; our sightseeing agendas are planned. And as we walk, I can’t help but think how different these routines are from the two weeks of vacation I had with friends my own age, who tend far more towards the spontaneous than my family, and who like to stay out later; I can’t help but think that Paris’s annual Fête de la musique, a sort of citywide night at Terrace outside on every street corner, was made awfully odd by being there as a child, not as a college student. It’s not as if I sought to escape my parents, or that I resented them. It was just unexpected, a strange change of register in a life that has not quite figured out whether it’s a child’s or an adult’s, and can just as easily fill both roles—except in these strange instances when it feels drawn to both simultaneously, and can’t quite decide which to choose.

Today’s long sightseeing day, however, changed very much how I saw my role as an academic brat with my parents, across the world in a country whose language I barely speak. Our visit this afternoon was to Père Lachaise, the cemetery in the east of Paris where many famous people, including Oscar Wilde, are buried. Wilde’s tomb was one of the few places in Paris which I knew I had to visit before I knew very much at all about Paris; in the past semester, I have become too immersed in Wilde’s life to have missed the opportunity to make The Pilgrimage. There seems, somehow more point to visiting Wilde’s grave than those of so many other important people who are buried in Paris: the tragic ending to Wilde’s life makes the site of his remains somehow more relevant than that of other celebrities whose life histories do not revolve around martyric downfalls. The monument—whose inscription, on its rear side, stops telling Wilde’s life history after he won the Newdigate Prize—bears witness by omission to the ignominy to which his scandal reduced the bestselling author and playwright; the lipstick marks which now obscure the inscription so much that it’s illegible in my photographs bear omission-witness of a different kind to the importance of this tomb to so many people later. The myth of Wilde is powerful, and it is difficult to maintain a cynical distance from it even when you know a bit more than the average fan about his life and work. Even if you know enough to balance the story, to be aware of how complicit Wilde was in his own downfall, you still cannot help but pay a visit to Père Lachaise. And when I took some time before and after my pilgrimage to wander through the avenues of tombs and pay my respects to the dead anonymous as well as (in)famous, from Holocaust victims to long-forgotten officials in the Paris government, I thought that it is not a child’s job to try harder to remember the denizens of the largest cemetery in Paris. It is rather the historian’s, and I think the Wilde metaphor is apt here: it is not responsible history to gloss over the character flaws of an object of study, but it is responsible history not to forget.

When we were on our way out of the cemetery, my father and I spotted an intriguing-looking monument which we suspected might have its own story to tell. As we joked about co-authoring an article on its subject, it occurred to me that in not too long such a joke might become a genuine possibility. Sitting that evening in a restaurant, drinking the same wine as my parents and participating in their academe-gossip, I was reminded as I so often am by the social barrier which alcohol places between myself and the professors and graduate students whom I idolize—and how excitingly quickly, both literally and metaphorically and European drinking laws notwithstanding, that barrier is fading away. As much as I know that it is imprudent to look too much forward to getting older, as before long I will surely wish to slow time down, I am more excited than it is possible to describe in a few stolen minutes before bed in a Paris professor’s sublet that I am getting ever closer to having an equal place at the metaphorical department-party dinner table. 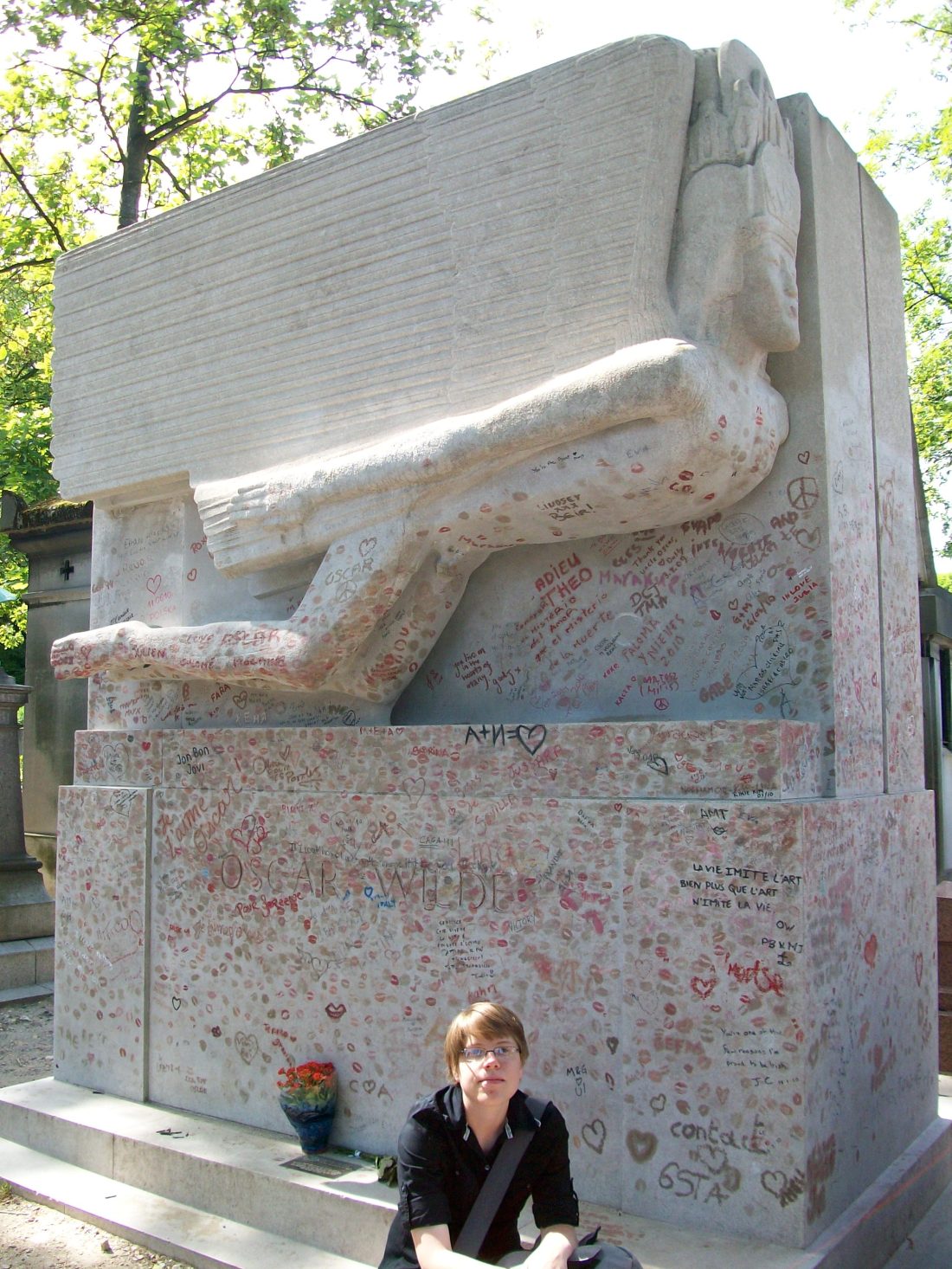 2 thoughts on “Moments of Maturity; or, an American in Paris; or, Adventures of an Academic Brat”