I spent the formative years of my life in Montessori school, a cultural institution very much full of its own peculiar traditions. One of these was a birthday ceremony which entailed lighting a candle in the middle of the circletime circle (circletime being an integral part of the Montessori day), giving the birthday child a globe to hold, and having her walk around the candle—which symbolized the Sun—the number of times that corresponded to her new age. Usually, the child’s parents or older siblings would come to school that day, and share photographs and memories for each revolution/year.

Now, twenty years is a lot more than four, and I’m an exhausted 20-year-old who’s short on time. But it’s strange, so very strange, to think of having lived two decades. I’ve lived through four presidents, in four states and two countries. My living memory includes wars and impeachment trials, my parents’ academic careers, and now—as I sat today at lunch with a professor of mine and dimly contemplated the job market—the beginnings of my own. I’ve gone from stopping the battle to inventing a religion to taking on the bureaucracy of my high school. I’ve gone from plaid skirts to an authentic kilt, from a Thomas Jefferson costume to ’90s-style grunge, from sweatshirts to sweaters, and now back in circles—last night, after five years, I wore my Thomas Jefferson costume again. I’ve run the gamut from individuality for individuality’s sake through to assimilation for assimilation’s sake, and now rest somewhere in-between. I’ve marched for more causes than I can count. I’ve been an idealist. A cynic. A pragmatist. I am trying to become a scholar.

I am thankful to no longer be a teenager. There seems so little way to avoid one’s teenage years being sheer hell, and it is only with a sigh of relief that I feel as if I can technically close that chapter of my life. But I have in the process felt an intense longing for the naïveté of childhood, when the problems were easier. A five-year-old kid could stop a battle. Conflict mediation at recess resolved a dispute. An impeachment trial or a war in Kosovo was surreal. No one expected you to find Kosovo, or even Washington, DC, on a map. But now I am an adult, and there is no excuse for not confronting real problems, head-on. When you’re not in Montessori school, it takes so many more people to bring an end to injustice, and yet we have to keep trying, and keep being willing to try. We have to keep prizing reason, and we have to keep seeking beauty—and first, we have to learn what we mean by reason and by beauty. We have to read, to read so much—more than we ever thought possible when finishing a Redwall book was the accomplishment of the month.

I cry when I think that the wonder and magic of childhood is something that I’ll never be able to reclaim. But then again, there is simply too much to be done. Today I’ll light a candle in my room, I’ll walk round it twenty times, and then I’ll get on with teaching and learning, with nurturing seeds of right and calling out clouds of wrong. In the last twenty years, I solved so many child-problems, even without trying—I just stood up for what I thought was right. If I can solve even one adult-problem in the next twenty, well: maybe then I’ll stop mourning innocence lost. 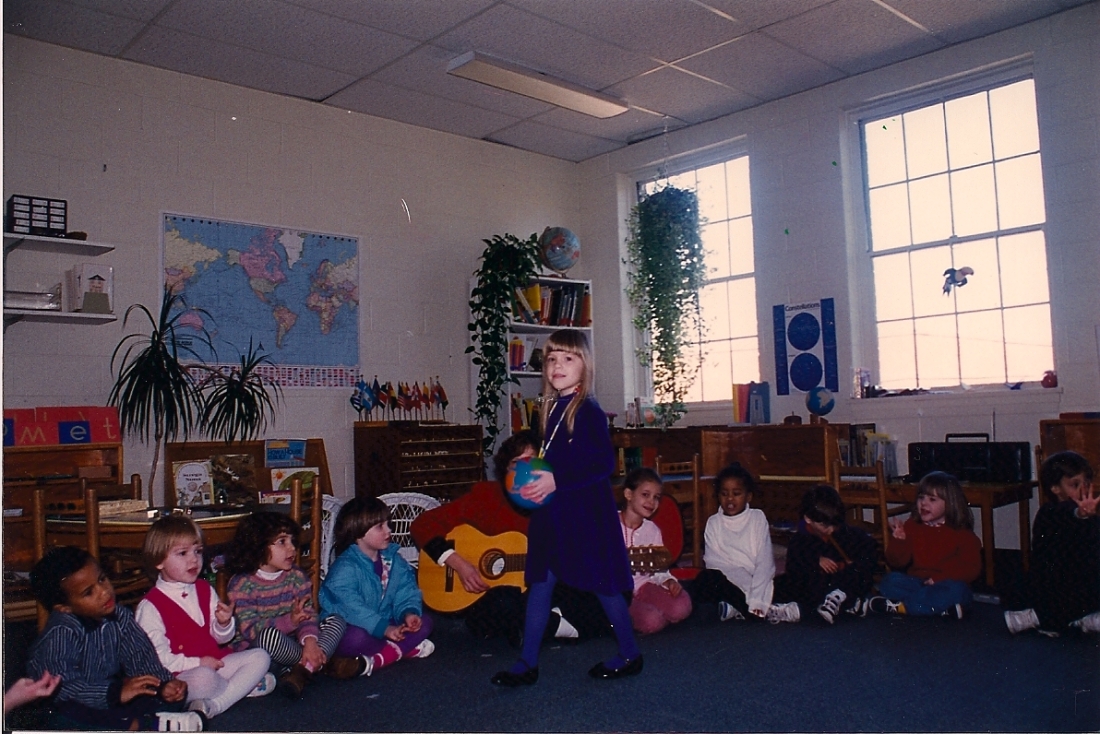 3 thoughts on “Captive on the Carousel of Time; or, The Best Two-Decade Post I Can Muster on Too-Little Sleep”